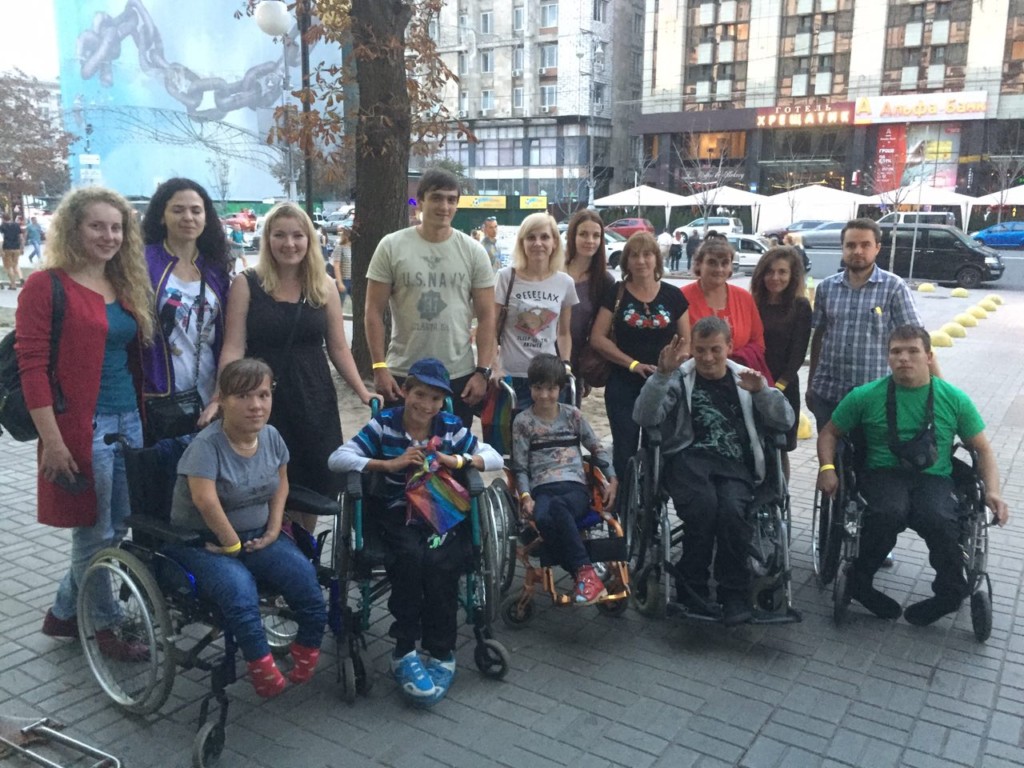 On September 17th, 2017 more than 200 000 people gathered at the center of Kyiv to hear a 2-hour motivational, Gospel-oriented speech, delivered by Nick Vujicich.
It was a special occasion for our Ministry, because a group of orphans with severe disabilities came from one of the orphanages, that we support, to hear Nick speak.

We really wanted them to come, to see, that their bodies do not define them.
Let us tell you, how all of this happened. Thank you for everyone, who helped finance the trip of the orphans. 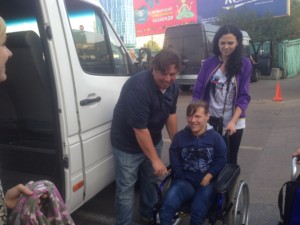 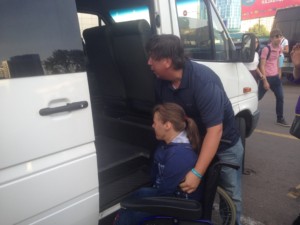 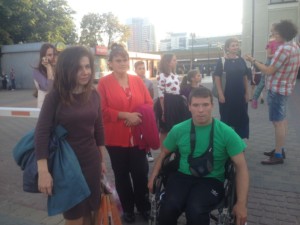 Arrival at the railway station

For our 6 children from the orphanage Zaluchie, located in Western Ukraine, their journey started with  arrival at the train station.
First, they travelled by bus from a small village in Western Ukraine, to the nearest city-center – Ivano-Frankivsk, where they got on a train. 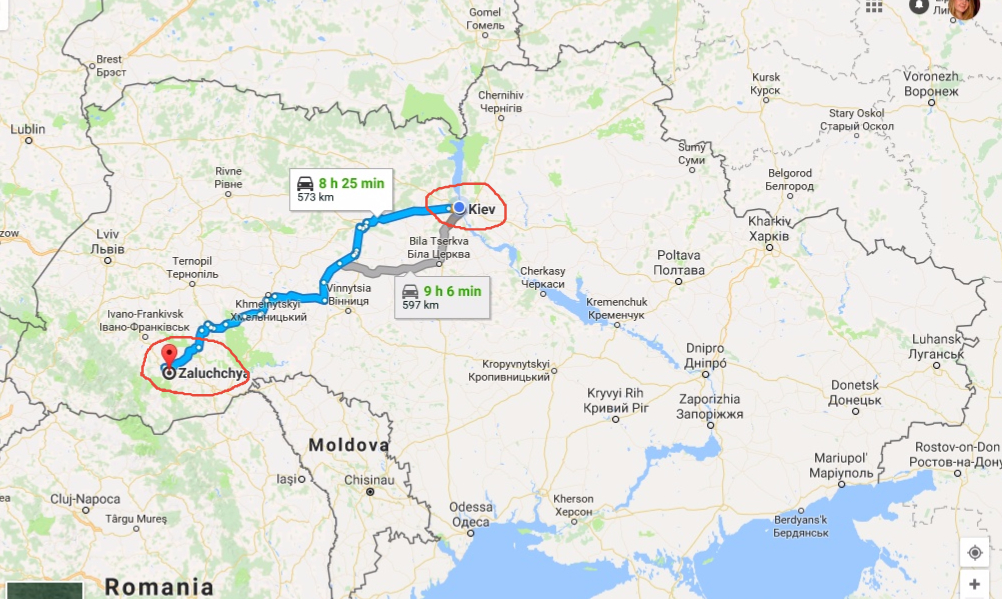 All in all, they spend more than 14 hours on the road, and covered more than 500 miles one way. 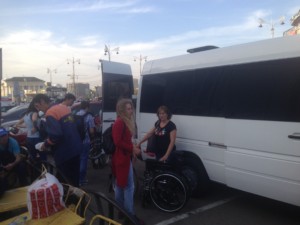 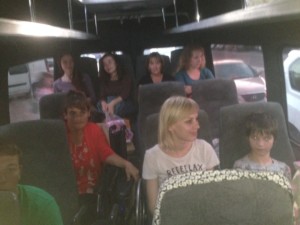 Since, most of the kids are severely physically handicapped, it takes some time to get them off the train, take them around the station to the bus, since, Central railway station doesn’t have any means to get out of the platform to the main gates without crossing a lot of stairs.
Tha’ts why we had to take 20-minute walk around all trains. 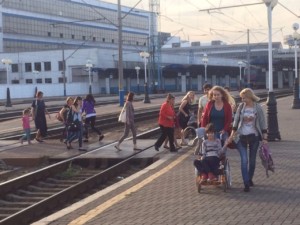 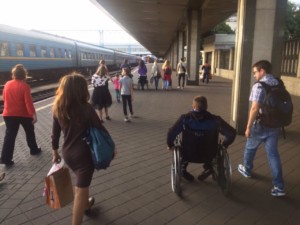 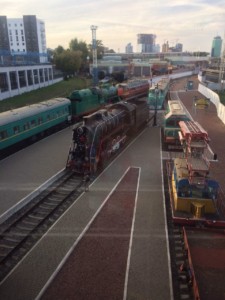 The walk was fun for kids, they were very curious about everything, constantly asking, “what is this part of the train called”, “What is this for, how does it work” and so on.

At last we arrived at the entrance to the station, where we got on the bus, that took us to the city center.
On our way we passed many major historical landmarks in Kyiv, and the kids were able to look at the window at them and hear their story.

Thanks to our friends and sponsors, we were able to take out the children and the workers from orphanage to a nice dinner in city center at Starburger.
We helped the kids order milkshakes, burgers, fries and other things, teenagers their age would like. 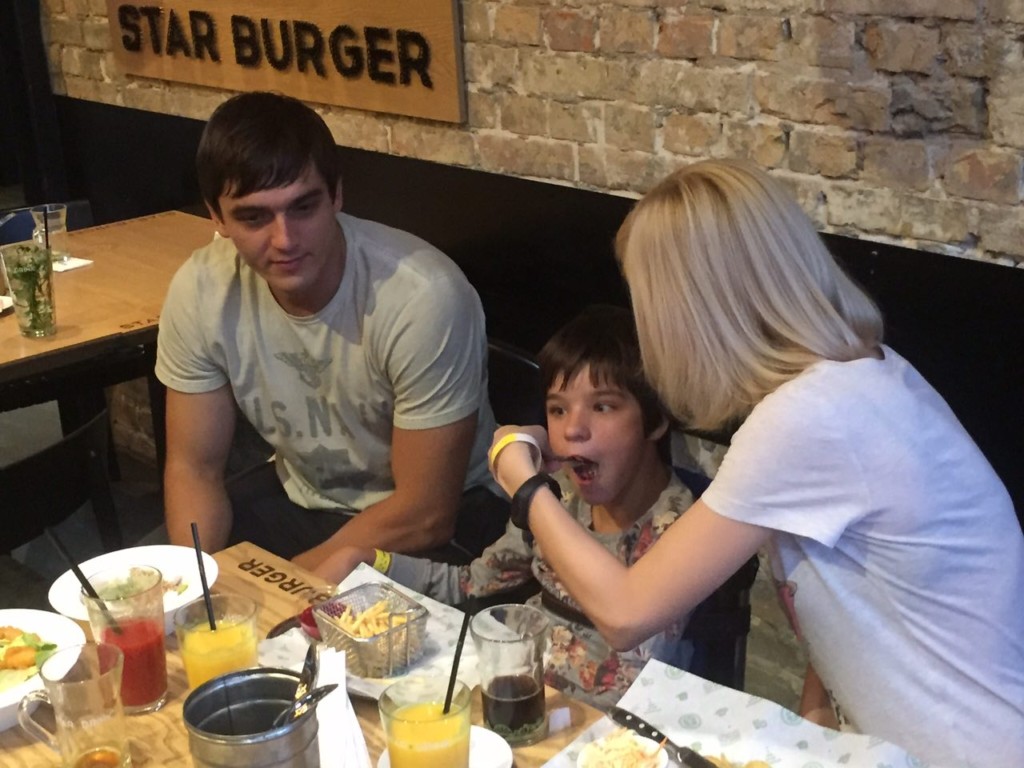 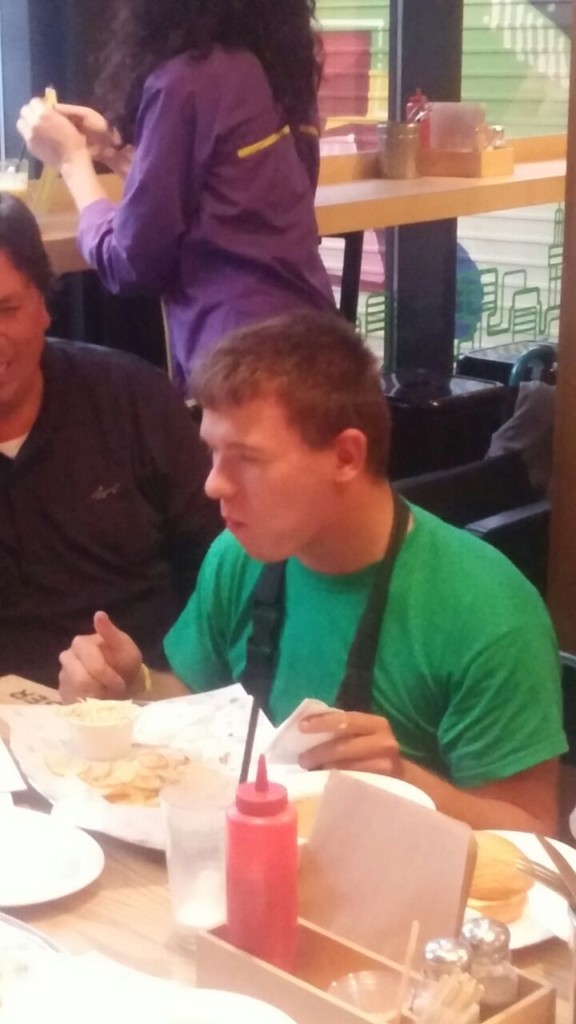 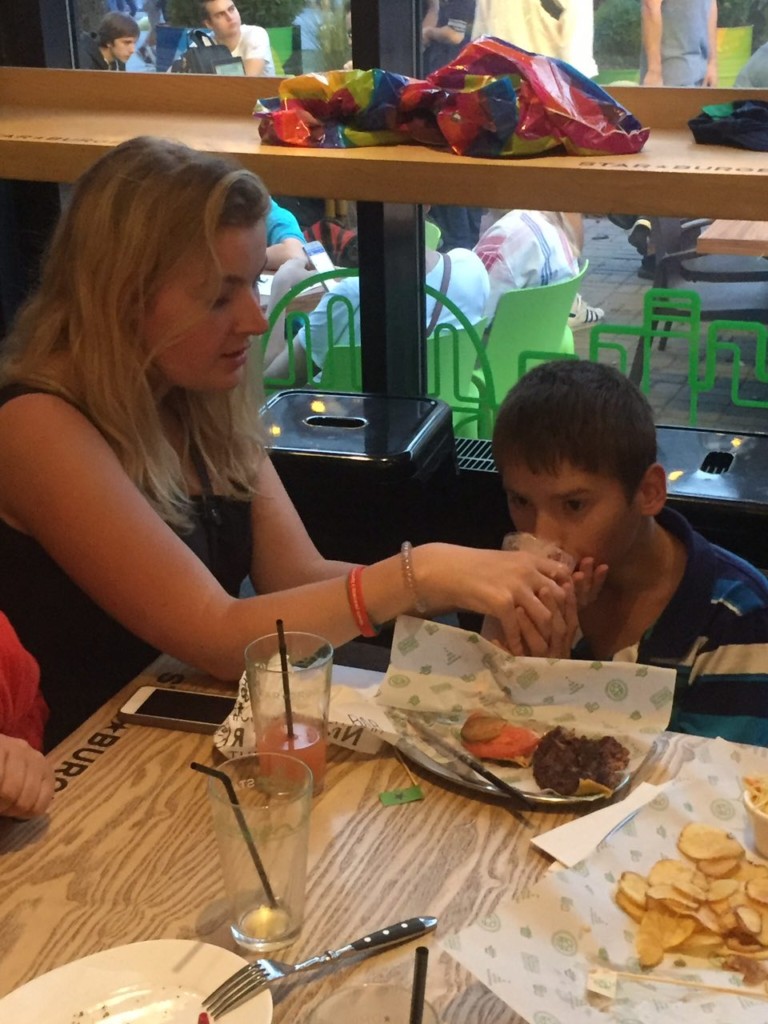 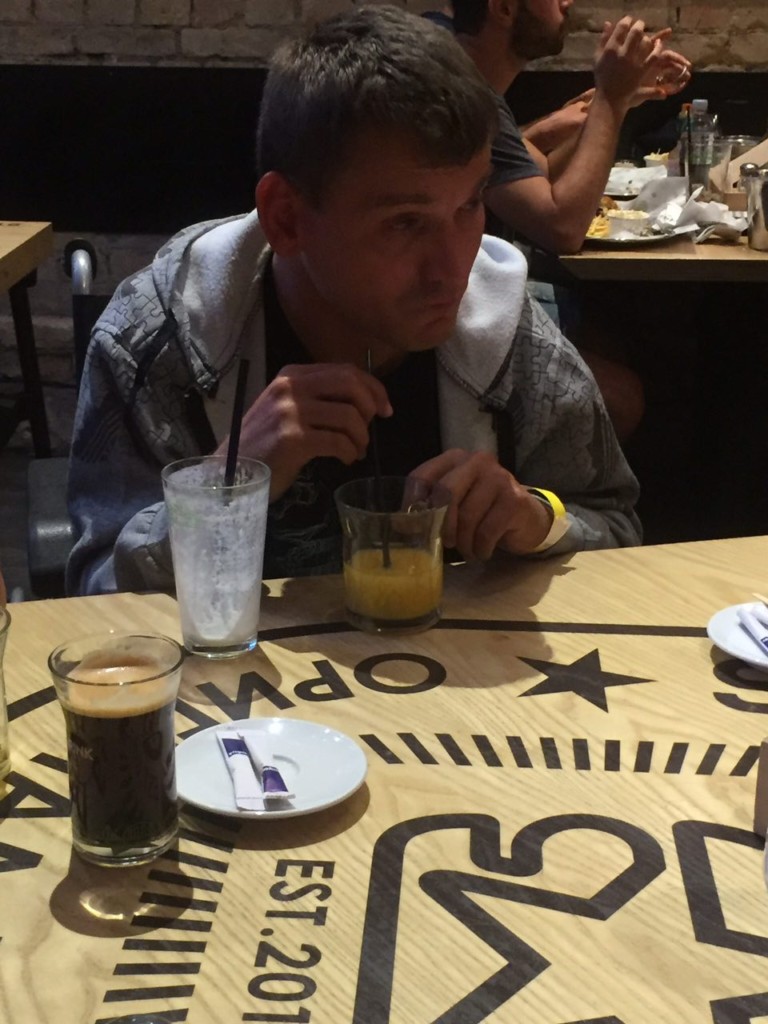 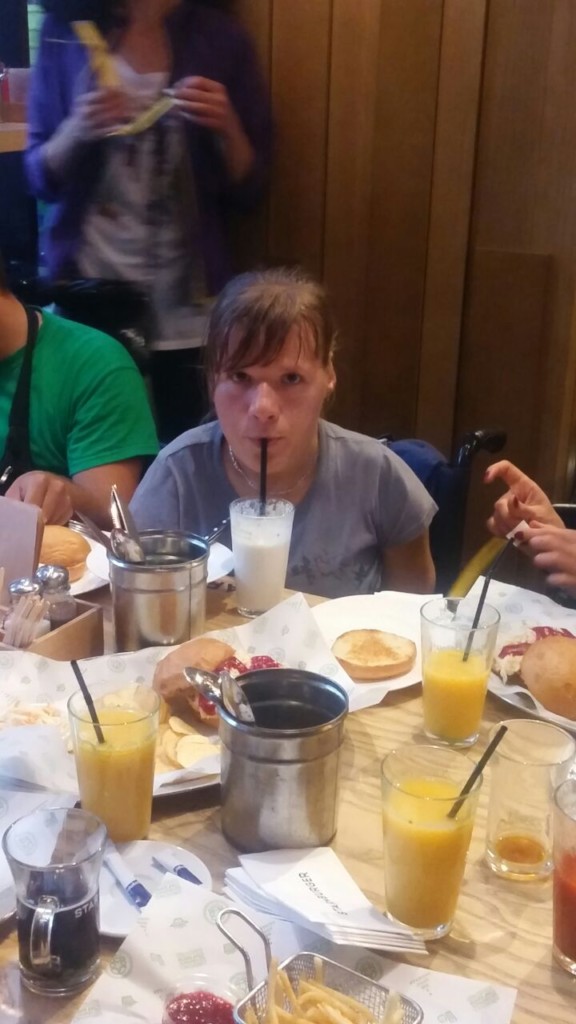 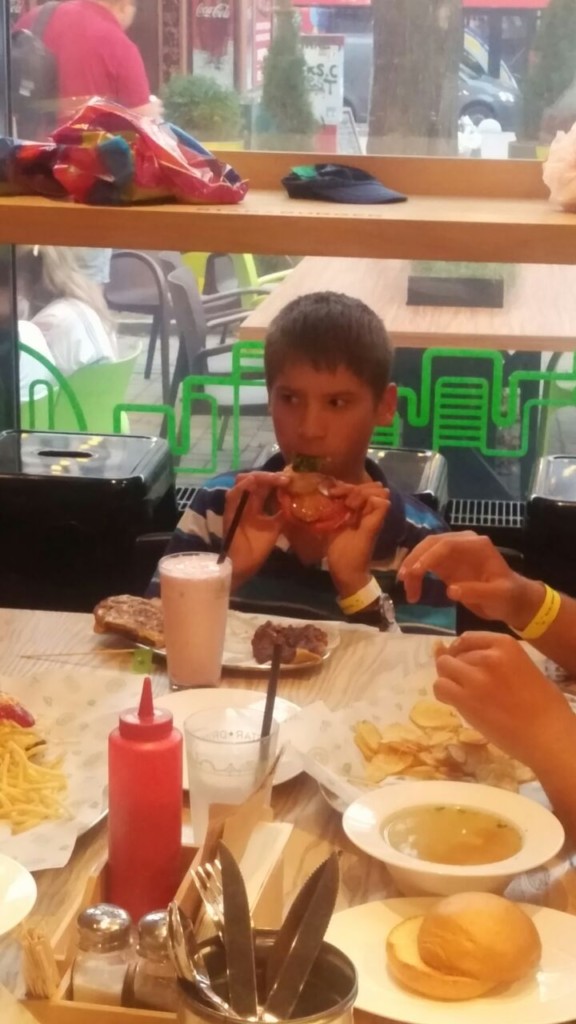 Also, we presented each kid at least  with two souvenirs – books, written by Nick Vujicich “Life without Limbs” and spinners.
“Life without Limbs” –  is a very inspirational and motivational book, in which Nick very simply tells his story, that was once full of despair, and now is filled with so much hope.

A spinner, is a very popular toy among Ukrainian youth, and it is very good for the kids to play, cause it helps them exercise their hands and work on their motility skills. 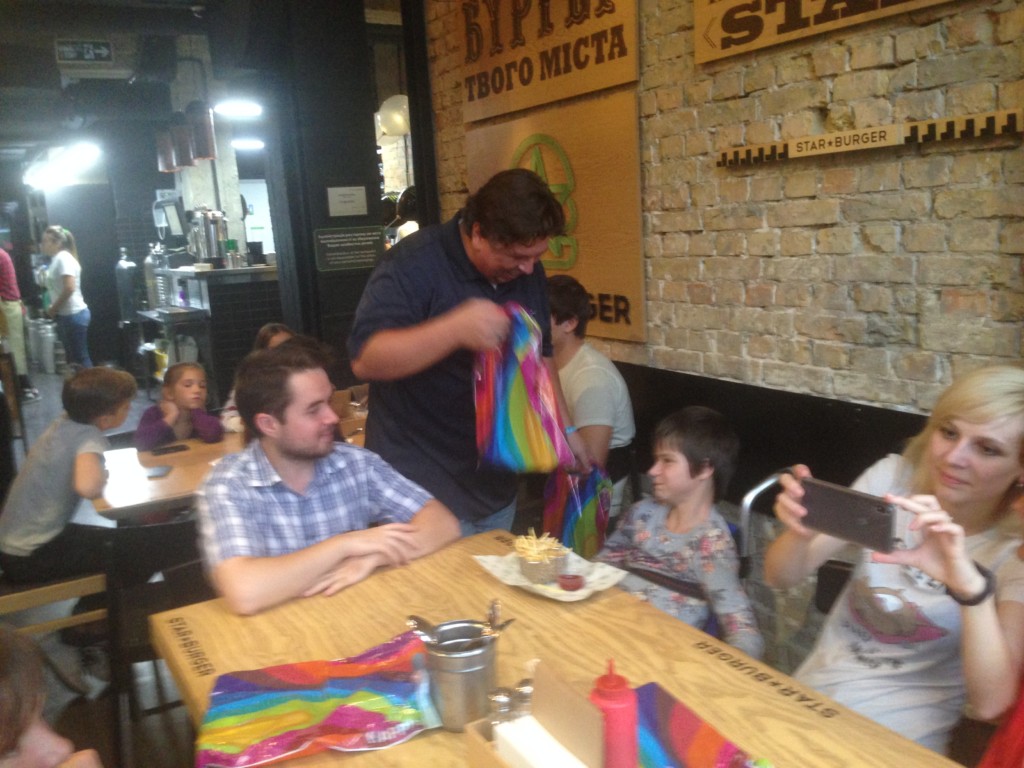 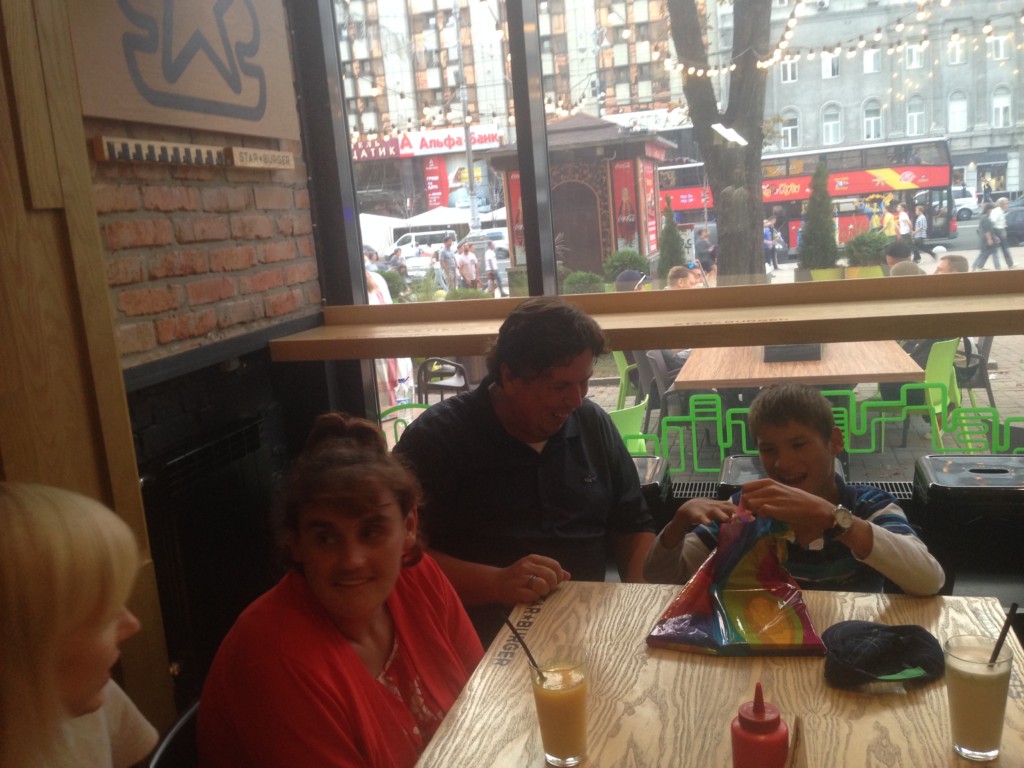 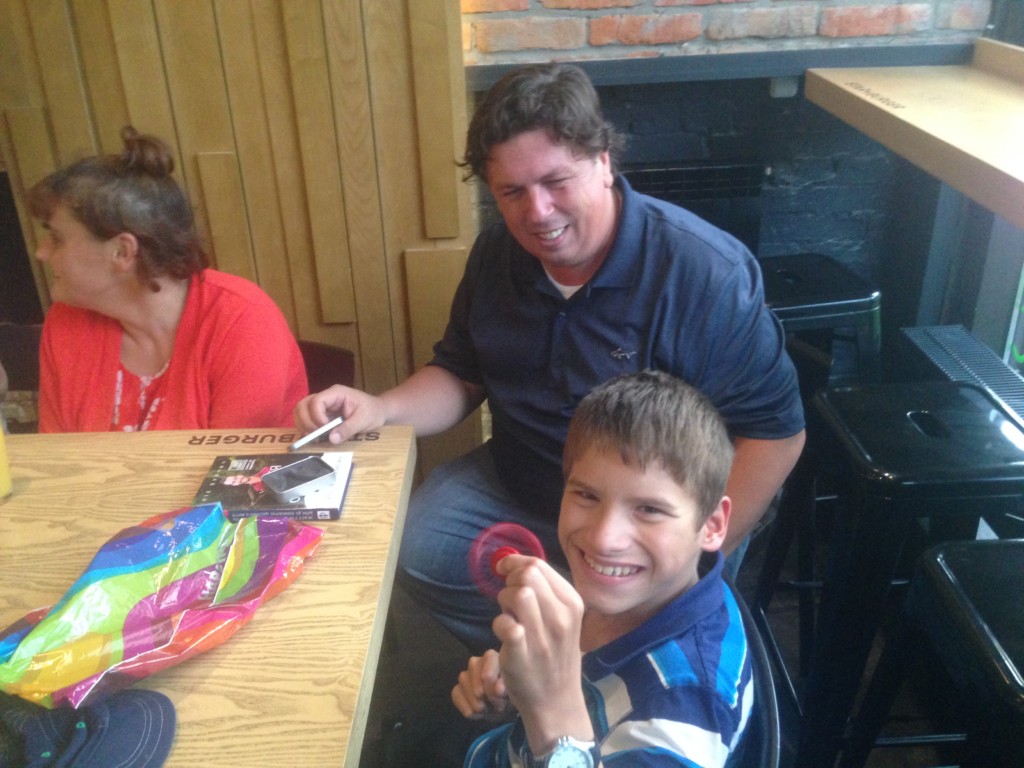 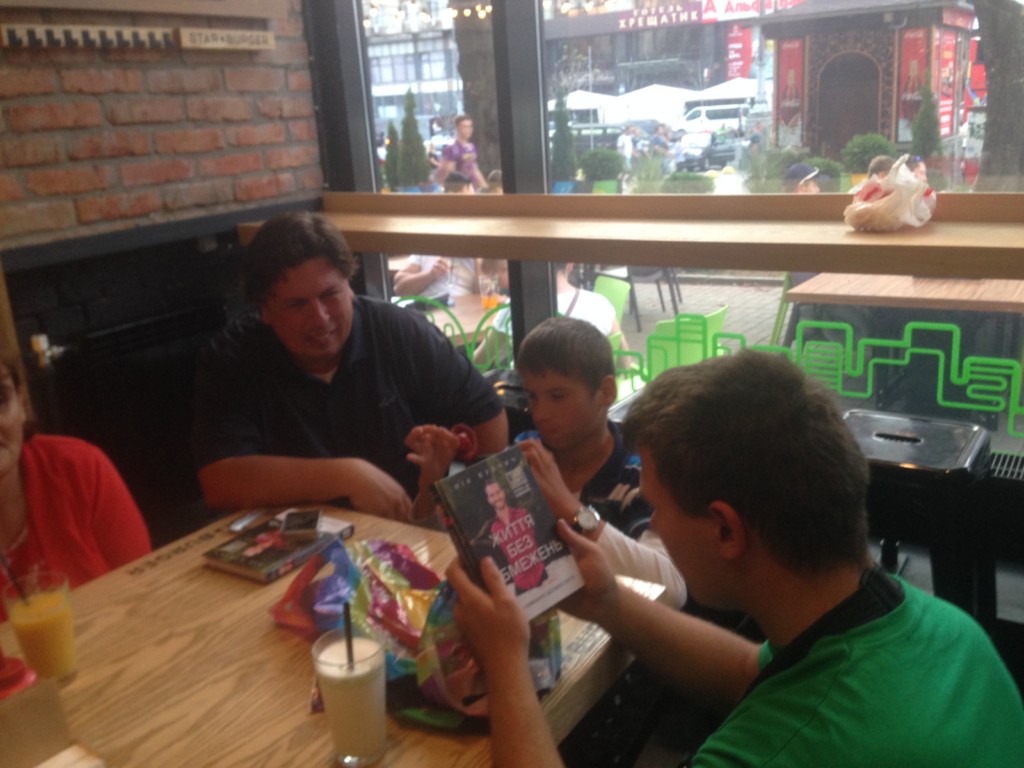 The celebration in Kyiv was topped off by a performance by world-known motivational speaker Nick Vujicic. Hailing from Australia, Vujicic was born with no limbs, but didn’t allow that to get in the way of becoming a successful writer,  businessman, and speaker, and father of two. This is Vujicic’s third performance in Ukraine.
Many Ukrainians with disabilities, including veterans of the war in Donbas, were invited to the event.

Our children were very lucky to have first-row seats.
They were able to see this man without legs and hands talk in front of a 200 000 people crowd, fall down, get up, joke, laugh, cry, pray, share his unbelievable story of overcoming things, that hindered him. 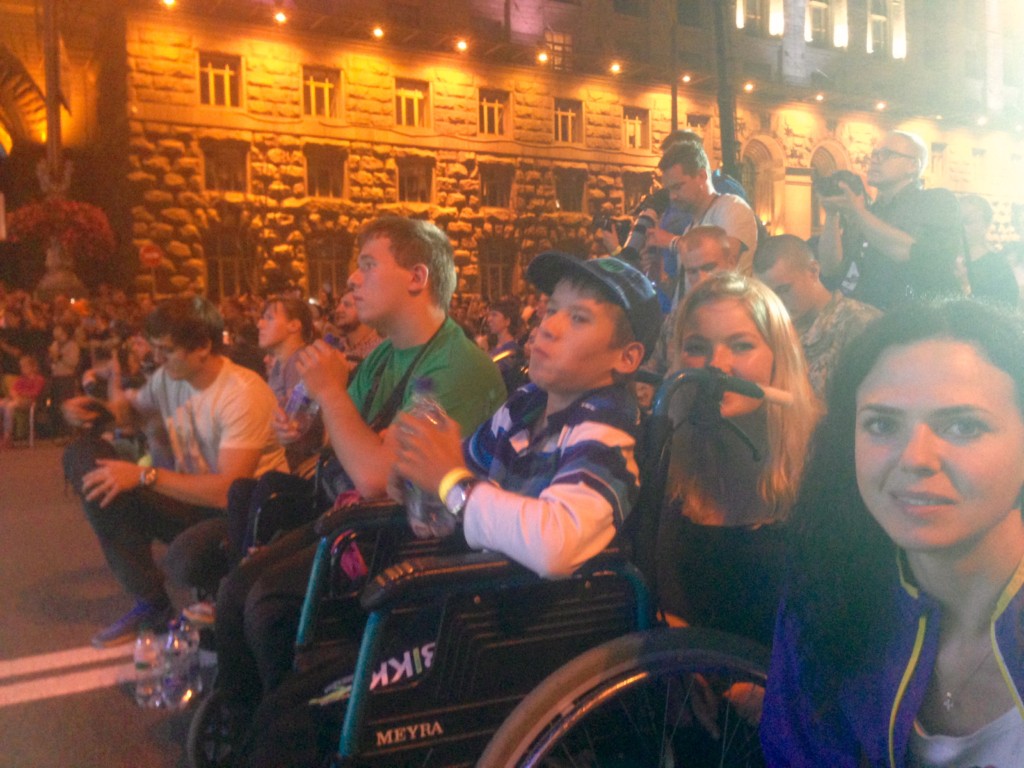 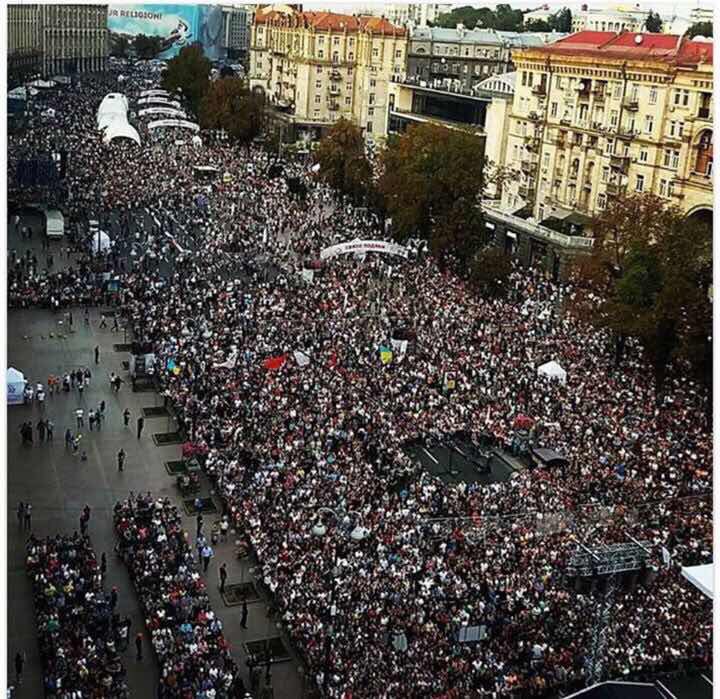 The day finished with a mutual prayer of Nick Vujicic and leaders of the Protestant churches from the stage.
After that, we had to go back to the station, to put the children on their train and say good-bye to them.

As always, they kept on asking, when will they see us again.
Also, each child and staff received a picture in a frame, to remember this trip to Kyiv. 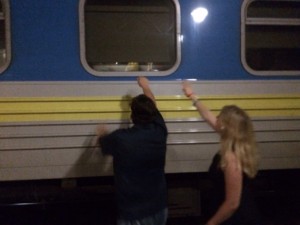 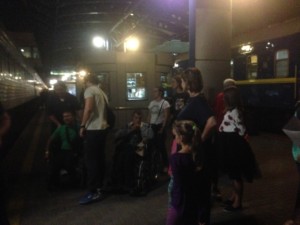 The ministry of “Friends of Ukraine” Fund has a goal to obey God and His Word as the basis of its activities. God’s will is clear from the Scriptures in  James 1:27.

“Pure and faultless religion that God accepts is to look after orphans in their distress, to visit them, to adopt them and to promote their adoption. Especially we are called to help those who are in grief and sorrow, who suffer and are being despised. This is true Christianity and religion that is pleasing to the Lord.”

As of now, we cover the following areas:

– Three orphanages and one retirement home helped on regular basis.

Orphans are taught their way around kitchen